Today I was leaving Costco and while waiting in the line to get out the door a lady was in a rush and was feeling entitled enough to skip the line with her only item. I called her out and told her to wait in line like everybody else. After she was done bickering about being in a rush, she agreed to get back in line but the employee told her while she was walking back in line that she already signed the receipt so she could leave but not to skip the line again. Well.. while she walking back out the door from behind me she decided it was a good idea to hit me in the back of the neck/ head with the item in her hand and muttered something that I didn't quite catch. I yelled and asked why she hit me and she shrugged and walked out to door and basically said what are you going to do about it? I gave my receipt to the person I was with and followed behind the lady who at this point was speed walking to her car so I could get a picture of her license plate. She realized what I was doing when she got in her car and gave me the most smug look I've ever seen in my life. I've been in contact with police and am currently deciding whether or not it's worth my time and energy to press charges but in the mean time.. if you see this lady cutting any lines and you feel the need to say something, I hope you have a helmet on! You've been spotted, crazy lady at costco! 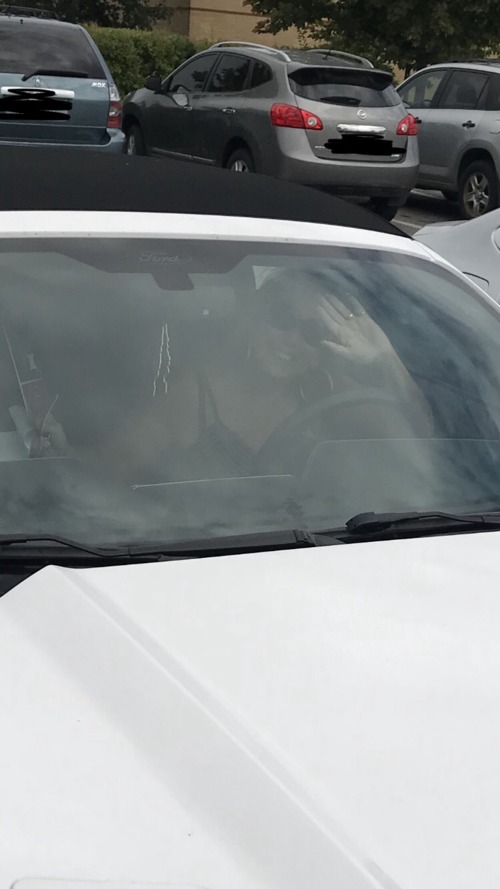